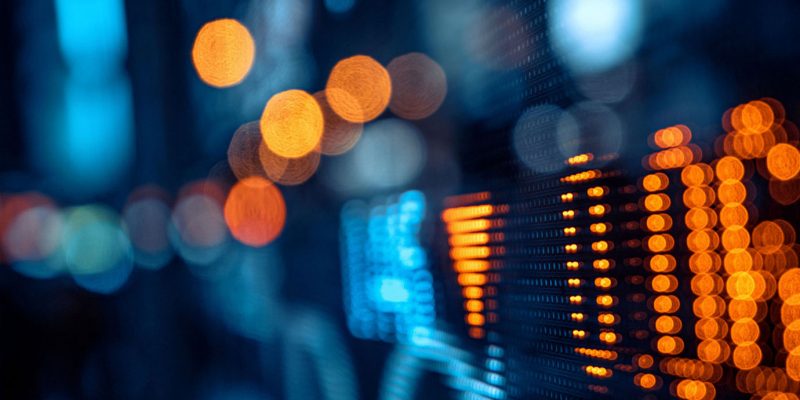 Considered a progressive who favors tighter reins on financial institutions, particularly the Wall Street powerhouses, Brainard should figure prominently as President Joe Biden weighs who will chair the central bank and who will specifically supervise banks.

She is widely expected to get either of those two positions in the coming months.

“Everybody can see that the Fed has been moving toward a more progressive stance, and it wouldn’t be a big shock to see that she gets more power either as Fed chair or as vice chair for regulation,” Yardeni Research President Ed Yardeni said. “To the extent that the Fed’s always more focused on monetary policy than regulation, now one of its new mandates from the progressives is to pay more attention to regulating the banks.”

Warren announced then that she would oppose Powell’s renomination. Powell’s term ends in February, though Biden is expected to make a decision well ahead of that.

Various reports have put Brainard as a top choice for Warren, though the senator has not publicly committed to a candidate. Efforts to reach Brainard for comment were unsuccessful.

“The question right now is the renomination of Fed Chair Powell. I’ve made my position clear on that,” Warren said in a CNBC interview earlier this week. “I’m not going to talk about other nominees.”

For what they’re worth, betting markets don’t expect a change at the Fed’s top rung. PredictIt gives Powell about a 73% chance of being confirmed by the Senate, with Brainard at just 18%.

Powell also has enough support in the Senate to make it through the banking committee and onto the floor for a confirmation vote, according to a report from Bloomberg News.

Even without getting the chair’s position, Brainard can be a major influence on banks. If she is not nominated as chair, she’s a good bet to be named the vice chair for supervision, a position the current holder, Randal Quarles, is not expected to keep when his term expires this month.

“The presumption is that if Powell is renominated, not only will Brainard be the vice chair for supervision but also that she will be given a reasonable amount of free hand,” Brown Advisory head of fixed income Tom Graff said. “Obviously, Brainard would be a stronger, more stringent regulator than Quarles was.”

There are likely three areas where her influence would be most felt: Climate change, the implementation of a central bank digital currency and getting banks to raise capital during prosperous times. The latter issue is referred to in the banking industry as countercyclical capital buffers, which Brainard supports and Quarles has opposed.

While the third issue takes banks back to the pre-high-risk days of finance, the first two are unchartered waters. The Fed is set soon to release a study on the viability of a Fed-backed digital dollar, of which Brainard has been a strong advocate, though some other officials have been more skeptical.

Climate change is an area in which Brainard has a particular interest.

On Thursday, she gave a speech discussing “climate scenario analysis,” essentially a move to get institutions to start planning for the financial risks they could face from climate-related matters. However, she has also discussed the possibility of stress-testing banks for climate risk.

In the speech she noted that such planning should involve “consistent, comparable, and, ultimately, mandatory disclosures” around climate, indicating that banks at some point will be forced to account for the threat.

“Together these efforts can help ensure that the financial system is resilient to climate-related risks and well positioned for the transition to a sustainable economy,” she said.

What it would mean for banks

Investors already have been leery of bank stocks this year, as low loan demand and extremely low interest rates have hampered operating margins.

Having Brainard as their direct regulator at the Fed could shake up the sector still more, though experts who watch the industry generally don’t expect her to be perceived as a major threat. The discussions, though, come as Biden has nominated Saule Omarova, who is thought to be tough on banks, to head the Office of the Comptroller of the Currency.

“Brainard has the background for [vice chair for supervision]. She’s actually done that before. That’s safe,” Whalen Global Advisors Chairman Christopher Whalen said. “Her progressive tendencies on the monetary side, if she were chair, I would worry about.”

Brainard’s background includes a three-year run as under secretary for international affairs at the Treasury during the Obama administration. She has served in multiple capacities at the Fed, including chair of its financial stability and payments, clearing and settlements subcommittees.

On monetary policy, she’s been one of the leading dovish voices, meaning she has supported low interest rates. She was seen as an ideological kindred spirit to former Chair Janet Yellen – now Treasury secretary – so much so that Fed watchers considered Brainard’s speeches as reliable proxies for where Yellen stood on monetary policy.

The Fed leadership intrigue comes a time of ethical turmoil that has seen two regional presidents, Eric Rosengren of Boston and Robert Kaplan of Dallas, resign following disclosures that they were making large trades in their individual investment portfolios. A third official, Federal Open Market Committee Vice Chairman Richard Clarida, also has been cited in news reports showing that he executed trades on the eve of a Powell speech in February 2020.

Like other Fed officials, Brainard has remained mum on the matter as the handicapping continues over where the central bank is headed.

“Powell was the path of least resistance for the White House,” Brown Advisory’s Graff said. “If this story continues to have salience and gives oxygen to the Warren argument that he is not supervising closely, either his own people or the banks, that may just change the politics of [Biden’s] decision.”

Crypto Is Now “Too Large to Ignore”