stock has badly underperformed the market since the company announced a major overhaul of its media and telecommunications portfolio—and for most of the past few years, for that matter.

The stock is now undeniably cheap. Wall Street investors and analysts have generally been supportive of plans to refocus on AT&T’s wired and

businesses. But there’s still skepticism about the company’s future earnings power, and its debt-reduction and dividend payment abilities.

(ticker: T) stock to Neutral, from Sell, on Thursday, while lifting his price target to $28, from $23. That compares with the stock’s roughly $27 price on Thursday, up about 1%.

AT&T shares are still down about 16% over the past five months, versus a 7% rise for the

Moffett didn’t mince words in his report: “We’re partial to contrarian longs, but this doesn’t feel like one to us,” he wrote. “We do conclude, however, that the blood-letting has been enough to move to a neutral posture.”

After growing through acquisitions into a wired, wireless, and satellite telecom and media conglomerate, AT&T under new management has reversed course and is in the process of slimming down.

It has already divested its DirecTV satellite-TV operations through a transaction with private-equity firm TPG Capital, and has announced a spinoff of WarnerMedia which will then be merged with

(DISCA). That deal will close around the middle of next year, and AT&T shareholders will own 71% of the combined company.

The remaining AT&T will be focused exclusively on telecom services—a return to the nearly 150-year-old American blue-chip company’s roots. But technology has advanced some since the days of Alexander Graham Bell.

Tomorrow’s AT&T will be focused on expanding its fiber-optic broadband footprint to more homes and businesses while building out its 5G wireless network. The media company—to be called Warner Bros Discovery—will be left to pursue a global, streaming-based strategy.

Moffett is supportive of that narrower strategic focus for the new AT&T, but he’s concerned about competition from telecom peers and the company’s debt load. He expects the company to need to spend billions of dollars more on wireless spectrum licenses, delaying debt-reduction progress, and to face competitive pressure in all of its remaining telecom businesses, which will weigh on organic growth.

Moffett notes that AT&T stock is cheap, cheap, cheap—especially when compared with the broader stock market.

AT&T’s forward price to earnings ratio stands at just 8.5 times, according to FactSet, versus the

(VZ) stock goes for just above 10 times forward earnings. Even after AT&T’s dividend is reduced post-WarnerMedia spinoff, Moffett calculates a 5.6% yield on the stock at current levels. That would be down from the 7.7% yield today, but still generous versus Verizon’s 4.8% yield or the 10-year Treasury at 1.5%.

“The steady underperformance has given rise to an emerging bull case,” Moffett wrote. “AT&T is, by some relative metrics, including most notably its relative P/E, as cheap as it has ever been…Unfortunately, at least on fundamentals, we find the bull case unpersuasive. The company remains over-levered…and AT&T is likely to be a share loser in a sub-GDP growth industry.”

Moffett is skeptical of AT&T management’s guidance for $20 billion in annual free cash flow post spinoff. That cash flow is key to AT&T’s investment plans—laying fiber and building 5G small-cells takes a lot of spending—and its ability to simultaneously reduce its leverage and pay its generous dividend.

The analyst points to AT&T’s generous new-phone offers, which currently include a promotion for both new and existing customers to get up to $1,000 off

‘s (AAPL) new iPhones with certain trade-ins. Those costs to AT&T are spread over the life of the contract, meaning they’ll weigh on customer profitability for several years.

Moffett also expects secular declines in legacy telecom services in AT&T’s Business Wireline segment—responsible for 21% of pro forma revenue—to accelerate post pandemic. Finally, he expects the benefits to AT&T’s bottom line of its fiber push to come mostly after 2023, when economies of scale kick in and upfront marketing and customer-acquisition costs decline.

Every weekday evening we highlight the consequential market news of the day and explain what’s likely to matter tomorrow.

All together, Moffett’s AT&T model calls for more like $12 billion to $15 billion in free cash flow in 2023—as much as $8 billion short of management’s forecasts. If Moffett is right, that leaves less cash for paying dividends and reducing debt. It would make AT&T stock appear a whole lot less cheap.

Wall Street analysts as a whole are more optimistic than Moffett. Roughly half have a Hold or equivalent rating on AT&T stock, with the remainder split evenly between Buy and Sell. Their average price target on the shares is $31.41, according to FactSet, about 16% above current levels.

Write to Nicholas Jasinski at nicholas.jasinski@barrons.com 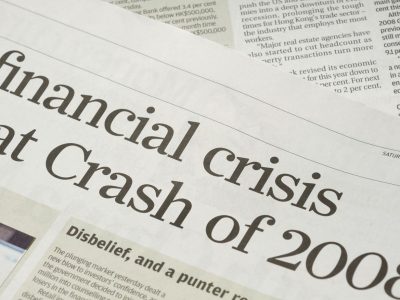